When you book with an account, you will be able to track your payment status, track the confirmation and you can also rate the tour after you finished the tour.
Sign Up
180

Mtskheta is one of the oldest cities of Georgia and its former capital. It is located approximately 20 kilometres (12 miles) north of Tbilisi at the confluence of the Mtkvari and Aragvi rivers. Mtskheta has been Georgia’s spiritual heart since Christianity was established here in about 327, and holds a near-mystical significance in Georgian culture. Due to its historical significance and several cultural monuments, the “Historical Monuments of Mtskheta” became a UNESCO World Heritage Site in 1994. As the birthplace and one of the most vibrant centers of Christianity in Georgia, Mtskheta was declared as the “Holy City” by the Georgian Orthodox Church in 2014.

Mtskheta makes an easy and enjoyable day trip from Tbilisi. 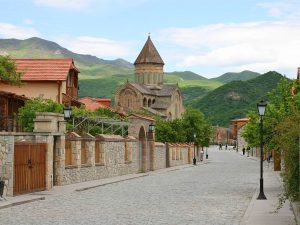 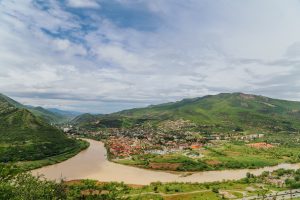 Jvari monastery
The VI century Georgian Orthodox monastery is  a rare case of the Early Medieval Georgian church that survived to the present day almost unchanged. The church is included on the UNESCO World Heritage Site list. “Jvari monastery” is translated as “The Monastery of the Cross”and it is  in the shape of a cross. It is located on a mountaintop with a great view of the meeting between the Mtkvari and Aragvi rivers as well as the entire city of Mtkskheta. . Jvari is the perfect place for those looking to travel back in time and enjoy the architecture of the Middle Ages. Note that the place is windy throughout the entire year, so be prepared.
Samtavro monastery

Samtavro is one of the most important cultural monuments. St. Nino lived here, King Mirian and Queen Nana are buried here. Abibo Nekreseli, one of the Assyrian fathers, is also buried in the Samtavro monastery. The complex includes several buildings: the main temple, St. Nino’s church, bell tower and fence with a tower. The main temple dates back to the 11th century, although the date of its construction is unknown. Small St. Nino’s Church dates back to the 11th century, but it is known that the church was first built by King Mirian in the 4th century. This church is also mentioned in the life of St. Nino. The history of the Samtavro Nunnery dates back to 1820. While monastic life in Georgia was disappearing, ten nuns in Mtskheta laid the foundation for the establishment of a monastery. They also restored the small temple of St. Nino. During the Soviet period, mothers were sometimes trained as textile workers to save the monastery. There are candle making, art, sewing and other workshops. Samtavro is one of the most important and noteworthy monuments in Mtskheta from the historical and cultural point of view.

About 13 kilometers (8 miles) from the city of Mtskheta is a limestone canyon in which you will find a beautiful medieval monastic complex. The history of Shio-Mgvime began in the 6th century when Shio, one of the 13 Assyrian fathers who traveled to the region to spread their faith, settled near Mtskheta to practice a monastic life. Shio lived out his final years as a hermit in a cave, which is why the site is now called Shio-Mgvime (Cave of Shio). As the Assyrian fathers’ contribution to the Christianization of Georgia was colossal, the places where they settled are held in high honor and preserved with great care up to this day.

The drive itself to Shio Mgvime is beautiful and filled with curves which run deep into the canyon. Evening views from the road are so mesmerizing that many wedding photos are taken here.

This destination can be added to Mtskheta tour. 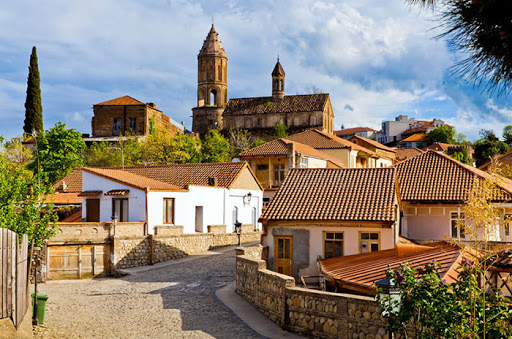 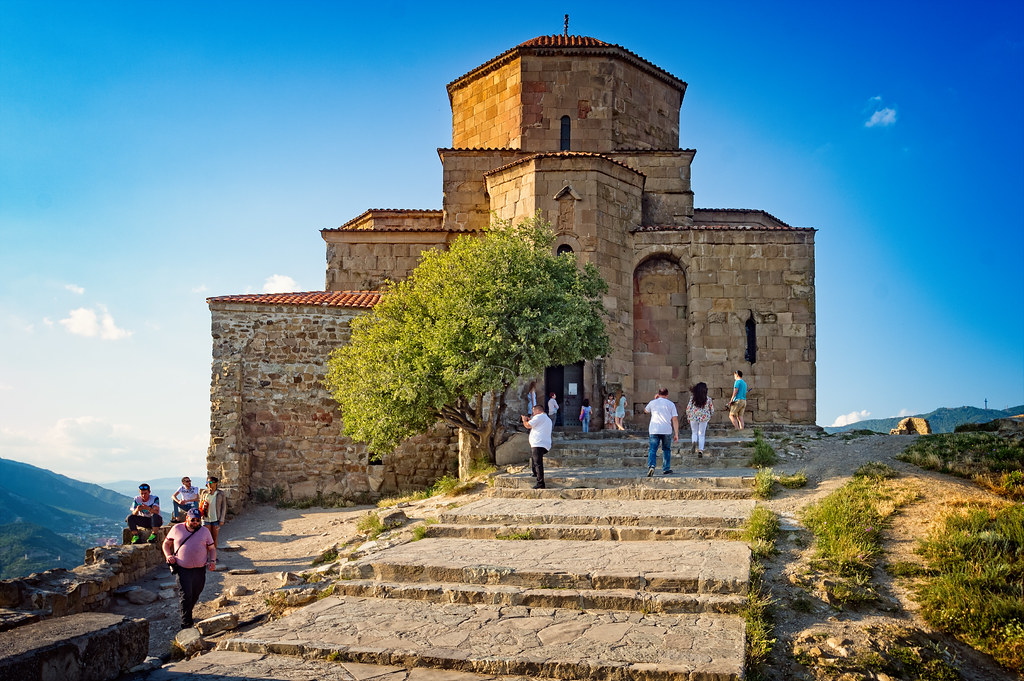